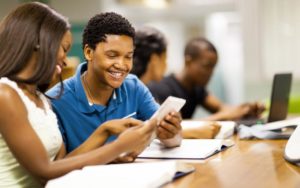 Higher education is not the root of all equity gaps. But it can be a vehicle to lessen those gaps.

Historically, it has not been. Equity gaps between students based on their race, ethnicity and income persist and thrive at most institutions.

Until real progress is made on this issue, among others, higher ed leaders’ calls for diversity and inclusion, public statements on societal racism, and decisions to change building names or remove statues with racist legacies will continue to ring hollow.

One of the first steps in closing these gaps is to realize where they begin and why.

Many of these gaps are driven by poverty, she said. And before a Black child is even born, the odds are stacked against them.

For example, maternal mortality rates vary greatly by race. Black, American Indian and Alaska Native women are two to three times more likely to die from pregnancy-related causes than white women. These statistics reflect a “failure of the system,” she said, noting the lack of a policy response to these gaps

“We have a racial caste system in the United States,” said Leila Morsy, an academic lead of teaching and learning in the College of Medicine and Public Health at Flinders University in Australia.

Because of this structure, Black children are far more likely to encounter adverse childhood experiences, also known as ACEs. Research has shown that adults with several ACEs are more likely to face mental and physical health issues later in life than their peers with fewer or no ACEs.

These experiences include any frightening or threatening experiences, such as losing a home to a fire, losing a parent, witnessing violence or having a parent who is incarcerated, Morsy said.

If children have an adult with them who has the time and energy to explain the experiences and help the child make sense of them, they are more likely to have healthy coping mechanisms to deal with toxic stress.

In response to stress, the body will produce hormones like adrenaline and cortisol, which affect almost every organ and tissue in the body and trigger the fight-or-flight response. The hormones increase blood pressure and heart rates, dilate blood vessels, and also limit the parts of the brain that control memory and decision making.

If adverse childhood experiences are frequent or sustained over long periods of time, then the child’s physiology fails to return to normal, Morsy said.

“This is a physiological response in your body where you become more prone to certain health and behavioral morbidities,” Morsy said. The result can be stunted brain growth, diminished activity in the prefrontal cortex, disrupted metabolism and blood pressure, and a compromised immune system.

Research has shown that low-income and Black children were more likely to have more adverse experiences than their white and more affluent peers by kindergarten.

Racial discrimination and housing segregation are just two factors that bake in the chances that Black children will experience ACEs early on. Having more ACEs does not determine whether a child will go to college, Morsy said, but it does increase the likelihood they won’t.

Which is why, when looking for solutions to help close equity gaps in higher education, early childhood education and interventions are important.