Black teen, 15, who was jailed for not doing her homework is released from probation 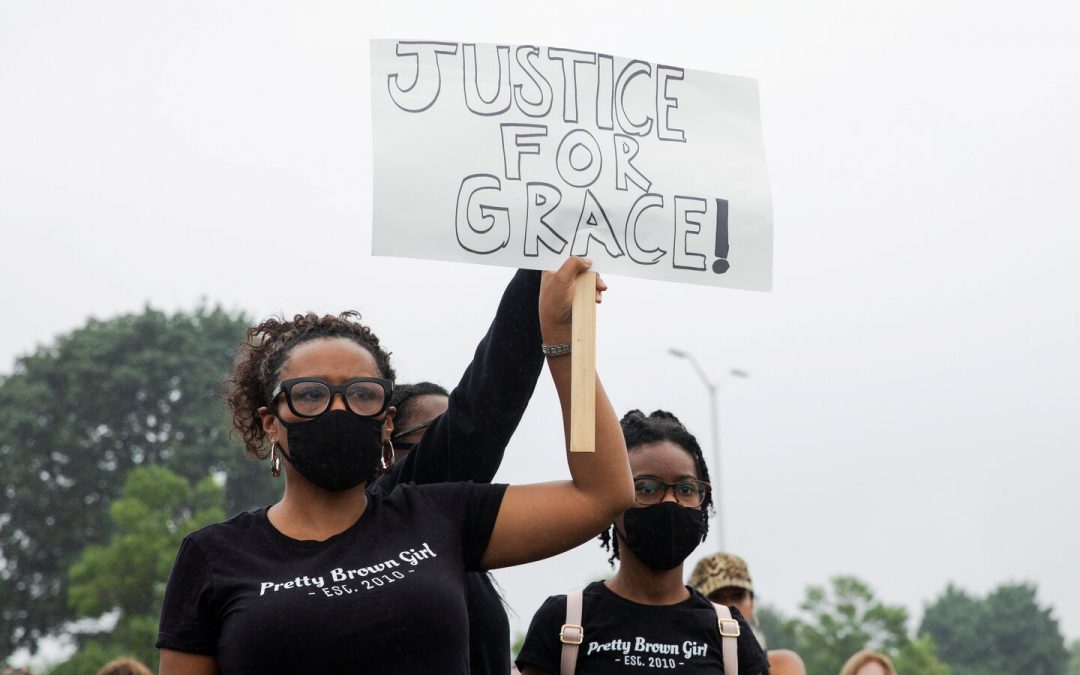 The judge initially cited a ‘failure to submit to any schoolwork and getting up for school’ for her decision to place the teen in juvenile detention.

The 15-year-old was escorted out of the courtroom in handcuffs and ankle shackles.

Charisse told ProPublica in a July interview that watching her daughter being taken away was particularly traumatic given that they are both black.

‘For us and our culture, that for me was the knife stuck in my stomach and turning,’ she said.

‘That is our history, being shackled. And she didn’t deserve that.’

Charisse shared a heartbreaking letter handwritten by Grace inside the detention center with the news site.

‘I want to change. I want to be a better person. Here I’ve realized how much you care and love me. I’m sorry I took that for granted. Please continue to send me pictures of me and you or just with anyone. I love you mommy and I miss you,’ the letter reads.

As news of her imprisonment spread, protesters gathered outside the courthouse in mid-July demanding her release and calling for law enforcement re-examine how black children are treated in the criminal justice system.

The judge defended her decision during a hearing on July 20, claiming Grace was placed in the juvenile facility because she was a threat to her mother and that police had been called out three times for confrontations between the pair.

Brennan said the girl was a threat to the community based on an assault allegation involving her mother in November, according to court documents.

She also cited the allegations Grace stole a cellphone from a fellow student at Birmingham Groves High School in Beverly Hills, northwest of Detroit.