The Jobs Report in Black and White: The Hidden Bias in Hiring 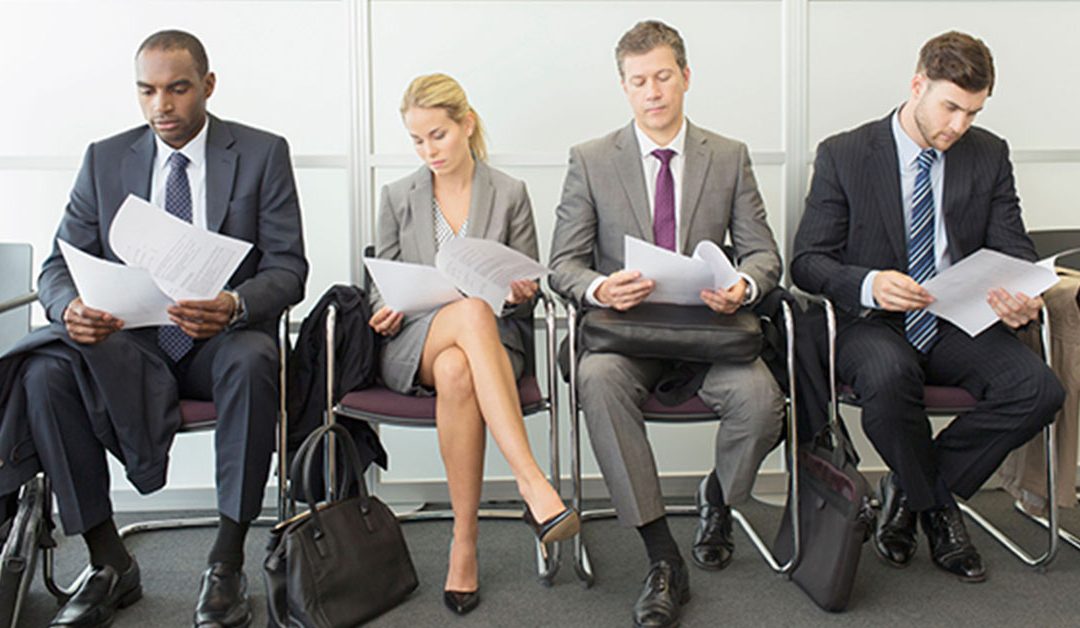 If blacks and whites were similar in all (measurable) ways but race, black unemployment would still be about 5 percentage points higher.

As protests continue to rage this morning over the deaths of Michael Brown in Ferguson and Eric Garner in New York—and the astonishing unwillingness of officials to enforce justice— it has become painfully obvious that blacks and whites are not equal in the eyes of America’s legal system.

Another startling inequality, however, has quietly established itself in the U.S. labor market: blacks and whites are also unequal in the eyes of America’s employers. The stakes are less lethal, but the punchline is appallingly similar: Black people are half as worthy as white people. Literally.

The latest jobs numbers came out this morning, and they were greeted with a cheer—a rare bright spot on an otherwise depressing news docket. We added 321,000 jobs! Unemployment is 5.8 percent, as low as it’s been since July 2008.

Related: The Real Job Numbers Are Hiding in Today’s Report

Unless, of course, you happen to be black, in which case you can just about double it. That’s right. Among African Americans, the unemployment rate is 11.1 percent, more than twice as high as the 4.9 percent it is among whites.

Not that any of this is news. Double-digit unemployment is business-as-usual for blacks (it has averaged 11.3 percent since 2000), and the ratio of black to white unemployment is regularly in the range of two. Confronted by statistics like this, skeptics will point to explanations, such as education, that are related to both race and unemployment. Blacks have lower levels of educational attainment than whites, so it is expected that they will suffer more unemployment, the thinking goes.

That thinking couldn’t be more wrong. “Who Are the Unemployed?,” the latest study in The Century Foundation’s Working Paper Series, published yesterday (and which I authored), shows that the black-white unemployment gap remains nearly as large even after we account for education—as well as racial differences in age, sex, marital status, occupation, state of residence, and all sorts of other factors that impact employment.

In a hypothetical country where blacks and whites were similar in all (measurable) ways but race, black unemployment would still be about 5 percentage points higher than white unemployment. In other words, whatever the white unemployment rate is (today 4.8 percent), add 5 percentage points to it and you have a pretty good sense of where blacks are at, all else equal. (Note: The racial unemployment differential in my published study, shown in the figure below, was slightly smaller, but only considered the segment of the labor force with previous work experience.)

That’s a sobering result. We tend to think of the unemployment rate as a sort of shared national report card—when it’s low, everything is great; when it’s high we’re doomed—but the reality is that labor market hardship is far from equally distributed. As far as individuals are concerned, unemployment is either 0 percent or it’s 100. The fact of the matter is that blacks do a disproportionate job of bearing the latter.

Nevertheless, we must be careful to distinguish between what my study can tell us and what it can’t. The relationship between race and unemployment that I identify, however strong, is one of association, not causation. The correct interpretation is not that skin pigment causes unemployment, but rather that there are factors associated with race that impact unemployment but aren’t tracked by the Bureau of Labor Statistics.

Related: Unemployment at 5.8%? Here’s the Number That Really Matters

What might some of these “invisible” factors be? One prime candidate is childhood. What happens in childhood rarely stays in childhood. As Nobel Laureate James Heckman and others have shown, the environments in which children grow up exert major influences on their cognitive and social development (to say nothing of their physical and emotional well-being). Skills are not inherent, but jointly shaped by genes and their surroundings, and it is these skills that dictate labor market outcomes in adulthood. Gaps that open up early can be impossible to close.

Black children are far more likely than their white counterparts to grow up poor, or failing that, in neighborhoods where poverty is concentrated. With poverty comes stress, deprivation, neglect, and adverse influences. Over-extended, under-educated single parents often lack the time and know-how to provide their children with the nurturing they need; simple things that make a big difference, like reading aloud or regular visits to the pediatrician, can go undone, with a lifetime of consequences. Black children attend worse schools (and perform worse while there), experience worse health, and have weaker social supports. It’s not only about a lack of material resources; poverty can actually rewire brain chemistry in insalubrious ways.

The disadvantages tend to compound with age. Blacks are less likely to graduate college and more likely to end up involved in the criminal justice system. The relentless dearth of opportunities combined with diminished expectations creates vicious cycles of self-fulfilling prophesy: the culture of poverty is its own progenitor. As adults, blacks too often remain the residents of impoverished enclaves, disconnected from good jobs both by ambition and geography. What’s more, those who have spent their lives surrounded by concentrated poverty are likely to lack the professional networks that are a routine (if underappreciated) source of employment for middle and upper class whites.

It’s true that racism is alive and well today—the horrific encounters between black men and police we’ve seen in recent months make this plain—and it is sadly the case that some employers discriminate. But what is perhaps even more damaging is the degree to which inequality is embedded in our institutions and our social structures. We can’t pick our parents and we don’t choose where we are born, yet these legacies shape our futures. Even our educations and our occupations—things ostensibly under our control—are influenced as by much the social context in which we come of age as they are by our hopes and preferences. These biases have become implicit rather than intentional, and for that reason they are all the more invidious.

When we appreciate the backstory, we begin to understand why talking about skill or achievement—the classic justifications for divergent labor market outcomes—can often be beside the point. As much as we want an economy that rewards talent and incentivizes hard work, the fact remains that America is not a land of equal opportunity.

We are all at fault. It is no longer enough to be passively nondiscriminatory; we must strive for active egalitarianism. Injustice is not inevitable. A future where skin color cannot predict employment is possible, but only if we have the compassion and the will to build a safety net that truly protects those of us who get dealt a bad hand.

Until then, we all have a job to do, whether or not we’re employed.