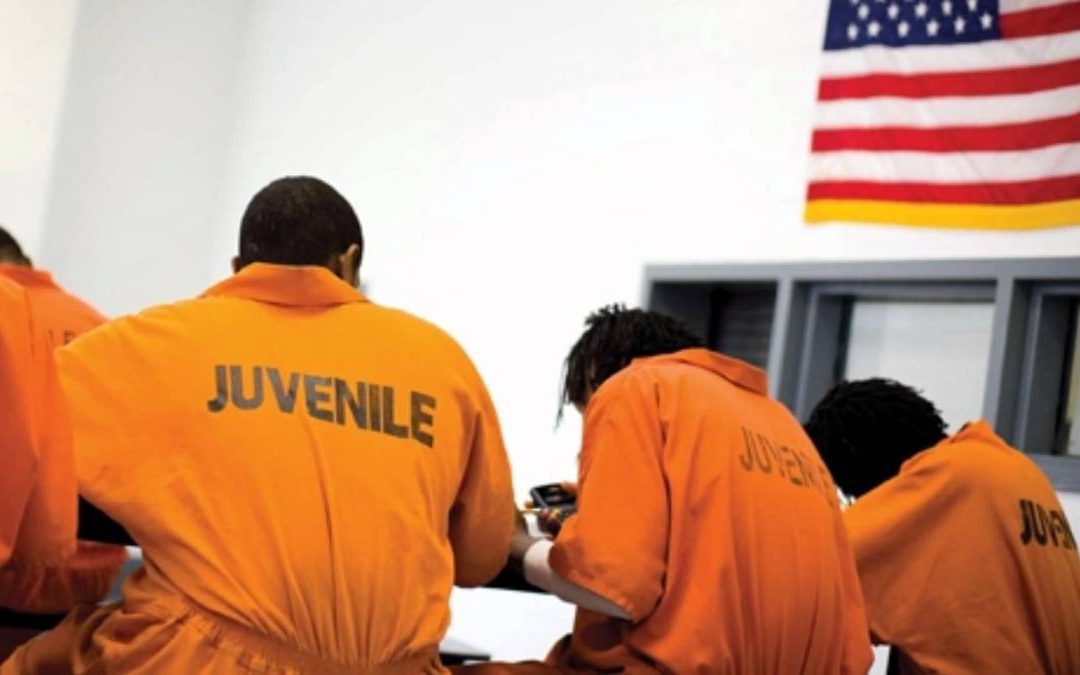 As we begin another Black History Month, it is time to celebrate the contributions and history of African Americans in this country. Along with the celebration of progress, it’s also a time to reflect on areas for improvement. How young black boys are treated in the criminal justice system is one of those areas.

We are in a national crisis. Across the country our justice system is marked by disparate racial outcomes at every stage of the process — especially for those who are most vulnerable, young black boys. The racial and ethnic disparities that exist in our criminal and juvenile justice systems do not measure up to the standard of treating everyone equitably.

Youth of color are overrepresented at nearly every point of contact with the juvenile justice system — and the finding is disturbingly persistent over time. Youth of color are more likely to be incarcerated and to serve more time than white youth, even when they are charged with the same category of offense. And despite tremendous reforms in removing youth from the adult system and from secure custody, the racial disparities are increasing. A decade ago, youth of color were 69 percent of those sentenced as adults; in 2015, that number had grown to 80 percent.

Crime policies and school, police and juvenile court practices have led to a disproportionate focus on — and more punitive responses to — the behavior of youth of color. Despite the fact that crime rates and youth confinement have fallen sharply, youth of color remain disproportionately represented at nearly all contact points in the juvenile justice system — from arrest through charging, confinement and transfer to adult court. Youth who are transferred to the adult system and end up in adult jails and prisons are more likely to experience physical, emotional and sexual trauma. As a result, they are also more likely to reoffend than their peers in the juvenile justice system.

These disparities don’t only exist in sentencing. As the Center on Juvenile and Criminal Justice found in their report last fall, prosecutors are more likely to directly file youth in adult court, even when controlling for crime and criminal history. This finding was one of the considerations that led California voters to overwhelmingly end direct file and require a judge to review the transfer decision on a case-by-case basis in California.

Additionally, according to a report issued by the American Psychological Association and published in the Journal of Personality and Social Psychology, police officers who dehumanized African Americans were more likely to have used force against a black child in custody than officers who did not dehumanize African Americans. Dehumanization is the belief that a certain group should be treated as less than human.

The study described takedowns or wrist locks; kicking or punching; striking with a blunt object; using a police dog, restraints or hobbling; or using tear gas, electric shock or killing. It should be noted that dehumanization and not just police officers’ prejudice against blacks — conscious or not — was linked to violent encounters with black children while in police custody, according to the study.

The same study also found black boys as young as 10 may not be viewed as having the same childhood innocence as their white peers, but are instead more likely to be mistaken as older, be perceived as guilty and face police violence if accused of a crime.

Incarcerating a young black man seriously impedes his chances of creating a successful life. Spending time in jail or prison disrupts schooling, which makes it hard to get a job, let alone a job with a living wage. Unemployment is one of the most significant collateral consequences of incarceration. Unfortunately, unemployment is correlated with single parenthood and higher divorce rates, which means incarceration has a negative impact on family stability for multiple generations.

It’s a vicious cycle that needs to be broken. One way of breaking the cycle is to stop locking people up who have broken the law but who don’t present a genuine danger to the community. Instead, invest in revitalizing and resourcing communities to serve their youth and families.

Help us shed light on racial disparities this Black History Month. Join our movement, and visit here to learn more on how you can take action and we can work together to create better solutions and outcomes for black youth.

Aprill O. Turner is communications director for the Campaign for Youth Justice, a national initiative focused entirely on ending the practice of prosecuting, sentencing and incarcerating youth under the age of 18 in the adult criminal justice system.