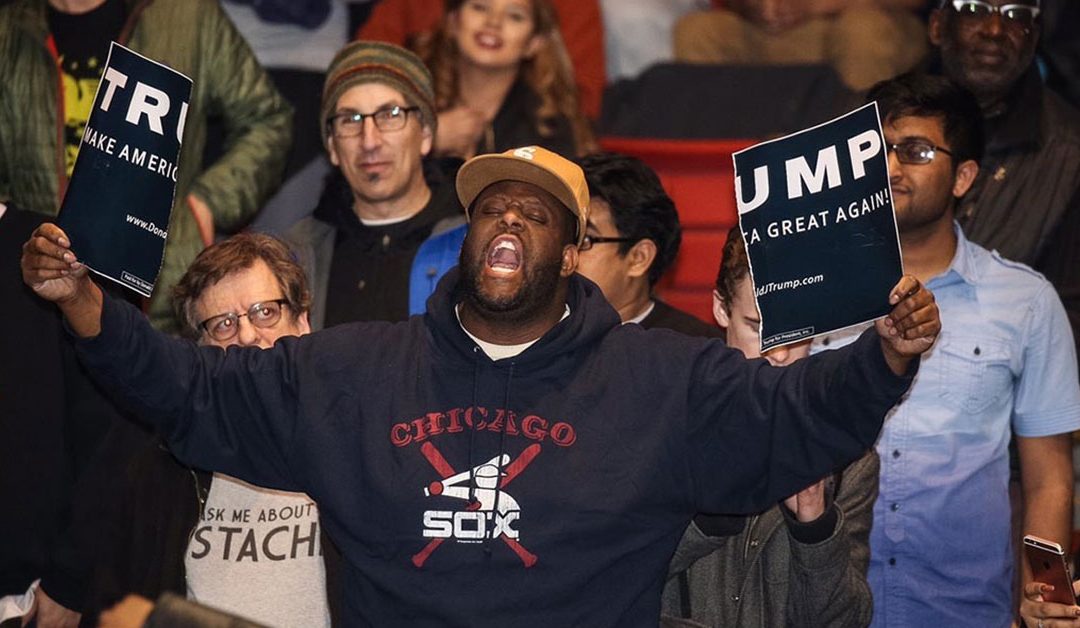 It’s something that James Burge has been paying ever since he entered the workforce. A notion that the 27-year old says he’s been aware of even before entering corporate America.

“Black people have to work and perform a regular task twice as well as white people in order to get half as much recognition,” he says.

It became all too real when one day, he learned about his white colleagues’ salaries, which were much more than his. “[We were doing] the exact same job, he says. “Not only were we doing the same job, we were also hired at the same time.”

It’s a reality that isn’t new for black Americans, who are largely underrepresented in corporate America. A recent study showed that only 6.7% of black Americans held management positions among the country’s 16.2 million management positions. Among the Fortune 500 lists year after year, there’s been only fifteen black CEOs. Ever. A new corporate diversity survey showed that black Americans were a mere 4.7% of executive team members in the Fortune 100 companies. Being black in startup culture isn’t even better. A recent study from last year found that less than 5% of startups in Silicon Valley had employees who were black American.

But these mere statistics are merely numbers. They don’t come close to the human experiences and frustrations black Americans feel in their own respective workplaces. To be a black professional in America, after all, oftentimes means that you are alone, the lone wolf who must fend for yourself. It means you’re the “token” black person who must bear the responsibility of carrying the entire black race on your shoulders. It also presents challenges for many who feel they must undo stereotypes and stigmas others have towards black America.

What’s it like in a post-Trump fueled era? For a new president who vows to make businesses thrive, has there been a change in office places across America? Is there even less restrictions and regulations when it comes to cultural sensitivity now that we’re living at a time where political correctness has become obsolete?

“I’ll be honest, it was scary because we didn’t know if the precedence that the Obama administration set was actually going to be upheld or simply thrown out,” says Sarah Springer, co-founder of Inclusion in Digital Media, a non-profit based in NYC that promotes diversity in work places. “I certainly had a fear that people all over, people in positions of power, hiring managers, etc. would finally say, ‘Yes, forget this quota stuff! We don’t need to hire diverse candidates because our president doesn’t say so!’”

Certainly, hate crimes spiked after President Trump’s election. According to the Southern Poverty Law Center, 42% of hate crimes “included specific references to Trump, his election, or his policies.”

From the many black young men we’ve interviewed, many hold the same sentiments. Some have vocalized how they have been judged by their skin tone, or put into a box. Others, felt that racism was still alive and well, microaggressions as prevalent as ever. Many of them are like Marcus Scott, a writer based in New York City.

“People like him are lazy,” he once heard a publisher say about him.

Or like Taj Reed, an integrated producer in New York whose white co-workers use the term “my nigga” casually.

From writers, lawyers, startup employees, to students, Very Good Light™ reached out to 13 black American men to share their very real experiences. Here they are in their own words.

Maybe it was a testament to my blackness, but I developed savvy before I could even grow a mustache.

Young black men are hyper-aware if their surroundings (at least, they should be), and, with each close-minded interaction, either reinforce the stereotype cast on them or do their part in enlightening someone.

There’s a larger conversation to be had about white America’s fear of race and religion dissimilar to their own, but, in short, I’d sooner change careers than to be less of who I am.

My experience with class and race varied, however—I went to twelve schools in four states through grade school—but I never felt burdened to enlighten people who didn’t understand me, or, in worst cases, didn’t like me because I was black. Instead, I learned to be malleable without compromising my integrity as a young black American, and it’s my assumption that most black men in the professional space have the discerning ability to adapt to any environment they’re in, as well.

Fortunately, I’ve never experienced having to change my identity for work—I just refused to compromise. I’m also pretty straight edged. In most instances the ask was to straighten their “curly” hair. “Curly” in this case means natural hair: afros, dreads, braids and most non-chemical hairstyle solutions for black people. Which, to me, reads as being told dial back the blackness. With respect to their employers, fuck that. There’s a larger conversation to be had about white America’s fear of race and religion dissimilar to their own, but, in short, I’d sooner change careers than to be less of who I am.

I worked for a company based in Germany, and for a while was the only black American, male employee. There was a situation where one of the German editors made mention of someone referring to him as their “nigga” and how proud he was of the declaration. Now, it’s either ignorance, or the fact that before having to work with many black people, he could be as candid as he wanted in the group Slack channel. Whatever the reason for the remark, I thought our bosses would address him and every other employee about their intolerance to this kind of bigotry. That address never came. My reaction was to come up with an exit plan. A company that didn’t find comments like that disturbing, or at the very least, unprofessional, wasn’t a place that would champion for my success.

In a post-Trump era, it’s scary. And I was the optimist at the start of it all. I was the person that said, “let’s see what he does in office, and give him chance to be a decent leader.” I’ve seen nothing close to decent leadership since the inauguration. Just self-aggrandizing, self-serving rants of tyranny and bigotry. I think this era has only fueled people to become more of who they are. As creatives, we should do the same. We should be using our platforms to create art and movements that incite change in a positive, more unified direction.